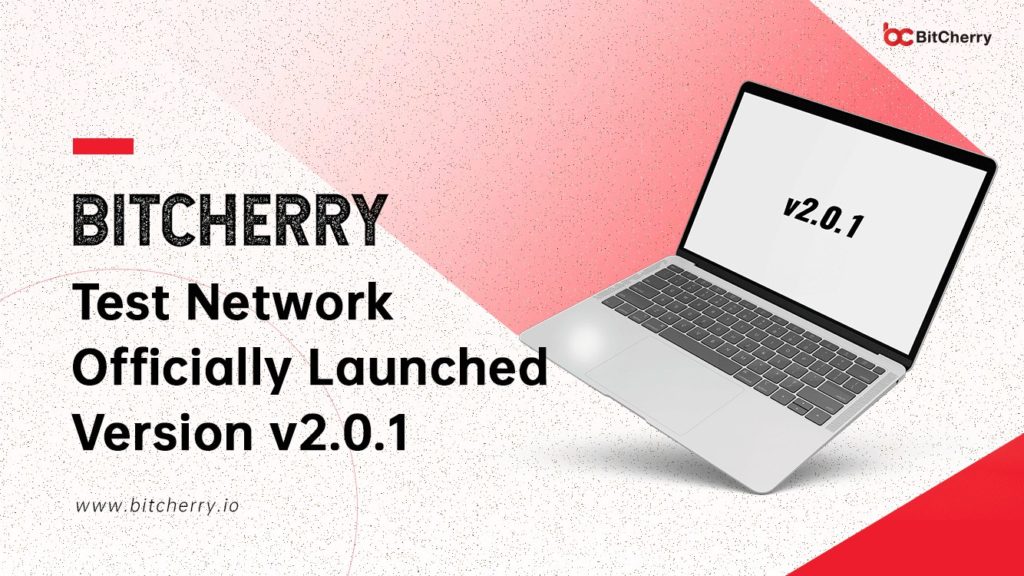 BitCherry, a blockchain ecosystem based on IPv8 technology, has upgraded its test network v1.0.1 version after running successfully for the past three months to version v2.0.1. As a result, the company looks forward to running the new testnet successfully before launching the main network.

According to the company, the new version v2.0.1 testnet has extra features that have been developed with security and scalability in mind. Some of the notable features include the verifier penalty mechanism, also in the new version is the user staking capability. Besides, the newly launched BitCherry testnet version will encompass an optimized block synchronization and also stability of the consensus algorithm. Notably, anyone interested in running the new BitCherry testnet version can now access the sub-account management function and also an ERC20 standard sub-currency.

BitCherry was developed to provide global businesses with high-performance, top-notch security systems, and high availability of expandable IPv8 blockchain infrastructure platforms. Blockchain technology adoption is on the rise fueled by the ongoing coronavirus crisis that has prompted most businesses to operate remotely.

Notably, BitCherry has a governance coin dubbed the BitCherry (BCHC). Although the BitCherry ecosystem is not fully developed and launched, BCHC tokens were trading around $0.01336885 having dropped 8% in the past 24-hours according to CoinGecko. There are official data on the circulation supply, however, there are 10 billion units of BCHC coins.

After the network has fully been developed and launched, BitCherry aims to provide operational mechanisms such as smart contracts and cross-chain consensus to achieve a scalable data architecture through a hashmap algorithm.

By providing a secure and scalable blockchain ecosystem, BitCherry aims to tap on the growing demand in blockchain technology among global businesses. Furthermore, utility is the leading factor that has contributed to the ongoing crypto bull rally.

According to the BitCherry test network v2.0.1 version manual, any Validator can join the function. “Community users can build their verifier nodes, and verifiers whose mortgage token reaches the top 100 can join the mining,” the firm noted.

In a bid to promote more users to join the newly launched BitCherry network version, there are rewards up for grabs. “Developers and users can continue to pay attention to the BitCherry developer community, participate in the BitCherry network testing environment through our newly released developer tasks, and win up to 10 million BCHC task awards,” the company noted.